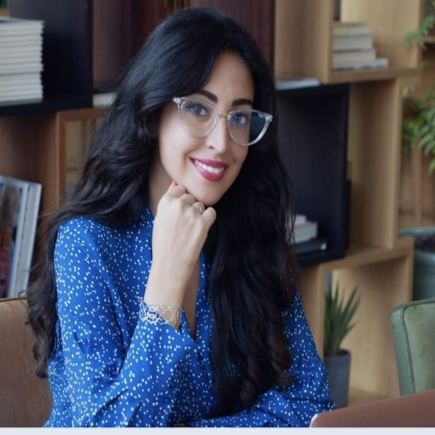 A new golden era and the ideology of peace in Middle  East region has the potential to blossom at last. This vision is shared by Dubai-based, Moroccan visual artist and activist Chama Mechtaly. Her focus has been to introduce the unique Jewish History of Morocco, North Africa through multimedia art and jewelry design. Originally from Casablanca, Chama Mechtaly, claims, “I am a romantic and I dwell on the romanticism of Andalusia.”  Mechtaly is the Creative Director of the company, Moors and Saints, which makes handcrafted products in Dubai and is committed to interfaith dialogue and pluralism. In the wake of the Abraham Accords and the recent peace deal between Israel, Bahrain and the United Arab Emirates along with improving relations between Israel and Morocco, these actions have increased importance and continued to inspire artists like Chama Mechtaly is working with the Jerusalem Biennale on the first Jerusalem-Dubai art residency and exhibition, which will foster co-creation and artistic development through Hebrew and Arabic calligraphy. “I can’t help but think of the golden era of Ibn Ezra and Judah Halevi, Solomon Ibn Gabirol and the giants of Hebrew poetry who developed in close contact and under the influence of Arabic poetry." says Mechtaly.  This is a cultural renaissance that is being ignited in Dubai. Now the flames are being fanned and fed. Dubai and Jerusalem have many similarities, such as ‘Jerusalem of Gold’ and Dubai as a ‘City of Gold.’” Mechtaly grew up in Casablanca, Morocco and moved to Boston when she was awarded a scholarship to study at Brandeis University. Her interest to discover more about about her family's history and the origins of her last name inspired a new, artistic journey. Chama set out to dig through her identity in effort to decolonize her own Moroccan history. She discovered that her father did not share his family story being her grandfather had come from a Moroccan Jewish family and converted to marry a Muslim woman.  Morocco's extensive Jewish Heritage and historic Jewish community are notable with thousands of Israeli Jews having roots in Morocco.

Mechtaly raised the question of what her family’s identity means to them however some of her relatives were sensitive and did not wish to discuss the topic at the time. Intern, she decided to express her  feelings through art. “I had always painted since I was a kid and I took those questions [I had] to the canvas. I used to paint portraits of Amazigh [Berber] women who were Jewish. This is what is referred to intersectionality today; when you sit at the intersection of multiple forms of oppression and accumulate layers of invisibility.” With her mother, Mechtaly's objective was to better understand her past by removing the layers of complexity of North African Jewry and also those that exist particularly within the history of Moroccan Jews. Although many Jews emigrated to Morocco during the time of the Spanish Inquisition, the origination of their traditions and history run much deeper. Chama discovered another narrative that was shared by her mother, when researching Amazigh Jewry. Her mother shared how Jews were indigenous to Morocco for over 3,000 years, perhaps even more. She observed transformation where her work was exhibited given it  attracted North African communities from the diaspora. People noticed the women featured in her works had similarities to their grandparents yet these women were Jewish. They began to process the resemblance  of Jews and Muslims facial and bone structure within the context of North Africa. It helped to dismantle the idea of the "othering" of people that had gone on for decades.” This “othering” is present when Jews are seen as outsiders instead of part of Middle Eastern countries. That transformation is what pushed Chama to continue to use her art for social transformation.. She received messages from strangers, both Muslims and Jews, about how her work made them feel seen and repaired something within them. Mechtaly moved back to the UAE four and a half years ago. At the time the Abraham Accords were not even a dream. “I couldn’t even access Jewish websites for scholarship and research purposes at the time,” she recalls. I had studied conflict resolution and international relations at Brandeis, so I was interested in reconciliation work and activism for the inclusion of the history of minorities of the region in school curricula, especially because I don’t believe that peace can be sustainable without addressing historical grievances and narratives of trauma," she states. 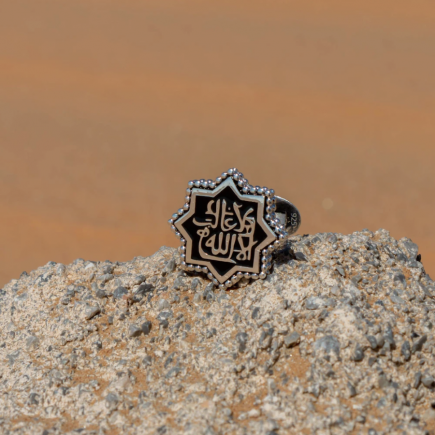 Mechtaly’s concept of her company Moors and Saints sprung from her experience living in Dubai. Moors and Saints became  more than a jewelry design startup. Its purpose is to connect global cultures in meaningful ways with the goal to reveal powerful examples of tolerance and coexistence throughout history. Her aim is to continue the mission she embarked on through painting in a “language of luxury goods and fine jewelry, Her concept for Moors and Saints involves blending Jewish and Islamic themes similar to how Magen David inspired by jewelry models on Al-Azhar Mosque in Cairo. “I knew that people were ready to embrace the shared history between Muslims and Jews in the region even if they didn’t necessarily express it in public. This could bring dialogue and reconciliation and highlight the shared history between Jews and Muslims in the region without threatening or offending anyone.” she adds. Mechtaly is a solid example of the hope of the Abraham Accords. Her life embodies this bridge between Jewish and Muslim history, the region and the mosaic of cultures from the Atlas Mountains to Jerusalem and the exquisite nightlife of Dubai. When she was studying at Brandeis, she exhibited in the Boston area and abroad. Chamaa spoke about Amazigh Jewry and the Berber Jews of North Africa. She had friends and colleagues who were baffled when she mentioned the Amazigh Jews... so many people were taken by surprise. The responses  from Chama Mechtaly's works have been primarily positive however at times her work was considered political in North Africa and became the subject of censorship by government authorities. A work she created of the Moroccan Flag Revisited was originally censored yet five years later she was asked to exhibit in Morocco. Her work has been well-received since the news broke of diplomatic relations between Israel and Morocco. Now people are sharing the painting and displaying it as the profile picture of new WhatsApp groups, and talking about it on videos. 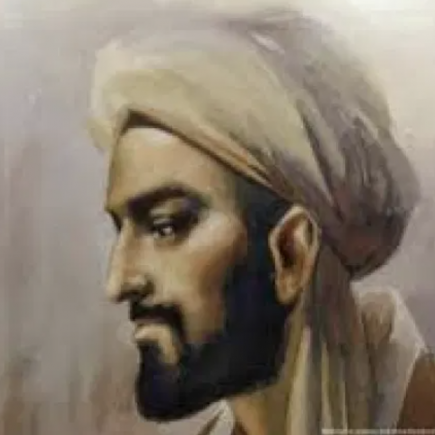 Ibn Khaldoun, a North African scholar of Islam, social scientist, philosopher and historian who has been described as the founder of the modern disciplines of historiography, sociology, economics, and demography claims the Amazigh Jewish community in Morocco was the result of many historic factors.  The wave of Jewish migration after the destruction of the Second Temple Mount and settling elsewhere along with local conversions expanded Jewish communities. Some theories say that Jews settled in the Maghreb region even before. The Amazigh community was pagan prior to the arrival of Jews in the Maghreb therefore conversions or interactions with Judaism go back for at least 3,000 years.  Chama supports the idea that there is a deep connection between Muslims and Jews, this strongly influenced artistry and craftsmanship. “There is a museum in the south of Morocco that shows how this visual syncretism takes place, with the Star of David in jewelry or on old flags and Hebrew scripture on a wooden guillotine.” she says.]

Mechtaly met  many Jews in Dubai who came from Israel who were interested in Amazigh history. The mayor of Yeruham said her dream was to have a museum of Amazigh Jewry in Israel. When it comes to design, Mechtaly emphasizes how important it is to acknowledge  the Andalusian and Sephardi history of the region. Without the influence and pairing of multiple religions, Moorish design and Andalusian architecture would not exist nor would the Golden Era of Islam or Golden Age of Hebrew poetry in Andalusia. Both were crucial to the creation of the golden moment in history referred to as Andalusia. 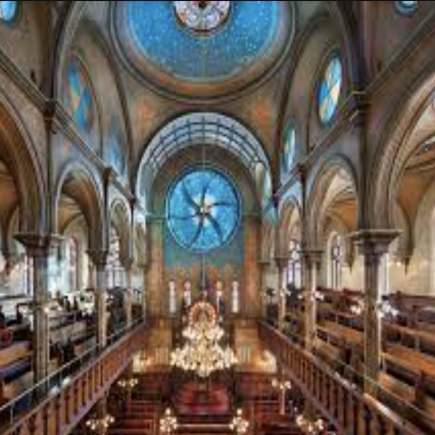 Examples of the synthesis of Moorish design can be found in the Dohány Synagogue in Budapest and the Eldridge Street Synagogue in New York . Both were influenced by Moorish design when Jews embraced their Moorish architecture in the 19th and early 20th centuries in architecture. These Moorish synagogue designs were influenced by the Alhambra and the Mezquita; the grand Mosque–Cathedral of Córdoba.

You know, there are situations when you stand next to a woman, and you don't even look at each other, and your penis starts to tear your pants, such vibes come from her. Here is just such a situation. But I immediately calmed myself down, because I thought that according to the law of meanness, she would definitely sit next to some granny. Well, here we are, so the queue is pressing. And that's all I need. I put my hands out in front of me and under the pressure of the crowd, I rest against her ass and think, " Oh, come what may." Even under the raincoat, her ass felt awesome. There was no reaction from her. And my hands pressed the back of each of her buns. After a while, I began to feel the heat in my hands, and it was growing. This clearly told me that the girl understands that she has the hands of a young guy on her ass and she likes it. Realizing this, I became much bolder and, clenching my right hand into a fist, pushed my fist right between her buns. I don't know how it would have ended, but we went to the cash register and I had to pull away. She went to the window, bought a ticket, and very quickly left the bus station building. I bought my ticket and walked out of the car, feeling madly excited and dissatisfied. An unpleasant feeling. At first, of course, I hoped to find her, so I thought that she did not have time to go far, but after 10 minutes of searching, I realized that she probably left.

Tips on Morocco's Climate and Weather
by Alecia Cohen | 12576 comments