The History of Jewish Fes on a Jewish Heritage Tours 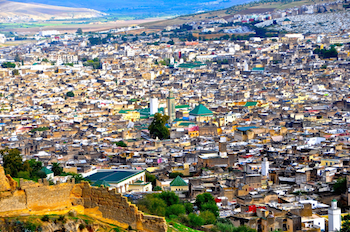 The city of Fes, Morocco is a historic landmark and must see for those interested in Moroccan Jewish Heritage. On a guided Jewish Heritage Tour of Fes the magnetic culture of Moroccan Jewery will be revealed through the eyes of a local expert. Fes is the oldest contiguous free, working medina in the world and a UNESCO World Heritage Site. The history of Moroccan Jewery of Fes is fascinating and engaging. Stories of the Fes Jewish Mellah are those of co-existence, culture, love and prosperity along with alienation which was followed by a severe population decline once Israel became a state. 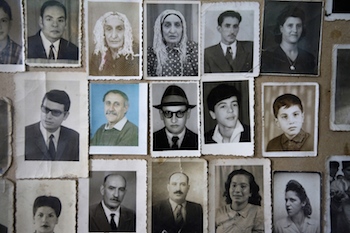 On a guided Jewish Heritage Tour of Fes you will learn about the roots of Moroccan Jews and how a population that once reached 300,000 + gradually disappeared. You will go beyond what is written in guidebooks and history books to hear an insiders perspective about co-existence between Moroccan Arabs and Moroccan Jews, that once described the livelyhood of the Jewish Fes pre and post World War II. As recent as the 1940's there were still over 200,000 Jews in Morocco with the majority of the population residing in Fes.

The Moroccan city of Fes lays claim to once having the largest Jewish community in the entire Muslim world however fewer then 2500 remain in the country today. Those few are primarily living within a close knit community with their extended family in the Imperial city of Casablanca. Casablanca's Jewish community and culture remains small yet vibrant. The city of Casablanca has several working synaogogues, a community center, kosher butchers, kosher restaruants and is home to the Museum of Moroccan Judaism, lauded for being the only Jewish Museum in the Muslim world today. 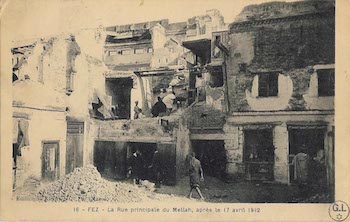 The historic presence of Jewish Morocco runs through the veins of the country. The former Jewish population built synagogues, cemeteries, shrines and created prosperity and wealth within the Mellahs. The Jews of Fes were leaders in trade, the garment business, experts in agriculture and jewelry designers. Moroccan Jews for example were the creators of the ancient tradition of filagree jewelry made using gold and silver. This particular Moroccan tradition uses metalwork made with tiny threads that are twised together to form intricate and beautiful designs. Filagree jewelry often featured the Star of David, chamsas and other ornate symbols.

Although the Jews of Fes were confined to living in the walled Mellah it was done so for their protection and to the benefit of both royalty and the government. The Jewish Mellah of Fes and the mellahs in other Moroccan cities were located close to the Royal palace and the governor's residence. Many Jews were consultants for the King and also the government making their level of contribution and importance to Moroccan culture and society exceptional.

Since the exodus of Moroccan Jews when Israel became a state, many in Morocco claim the economy changed drastically as they took with them a great skillset, once shared with their Muslim breathren. While the Jews left land, shrines, cuisine traditions and businesses, among other riches, the Moroccan economy never recovered from the particular labor trends that helped maintain and enrich the country that were associated with the Jewish community.

In the North of Morocco, the city of of Tangier and the blue washed mountain town of Chefchaouen, once had a prominent community of Spanish Jews that resided there. Jews emigranted to Morocco during the Inquisition. Today there there are Moroccan, Jewish Heritage Sites in Casablanca, Marrakech, Zaogra, the Skoura palmeraie, Coastal Essaouira, the Ourika Valley and Ourigane National Park.

Most prominent though is the impact the Jewish community made within the social character of Fes.

Explore the Jewish Cemetery Museum and the Tomb of Solica

For more information about Jewish Heritage Tours of Fes